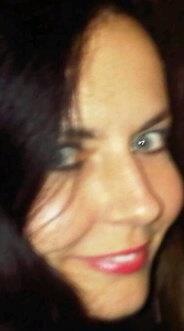 Degree hijacked halfway by symptoms of (at the time) unknown mental illness.

1996 – On 1st April I was sectioned for nine days under the mental health act
Finally graduated with BA Sociology & Law degree after six years!!

Set up a business with my then partner – Brett.

Landed a job as a Business Development Manager with an advertising agency.

2009 – Took massive overdose. Admitted to Northampton General Hospital – fiance advised I may not make it.

Separated from finance – was incredibly hard to do, but the right thing. We’d been together for 17 years.

Dated everyman and his dog – I think I counted 42,879 first dates. I’m not even joking.

Became very very ill during pregnancy with both psychosis and depression. Was strongly advised to go into a Mother & Baby Unit but point blank refused as it was in Notts and my husband would’ve struggled to see us often enough.

June 2015 – Suffered severe post natal depression. In Nov 2015 I had ECT. Depression lifted but returned with a vengeance.

February 2018 – The pattern of my bipolar moods have shifted post pregnancy. Only now do my symptoms appear to be returning to how they were before I had my daughter.